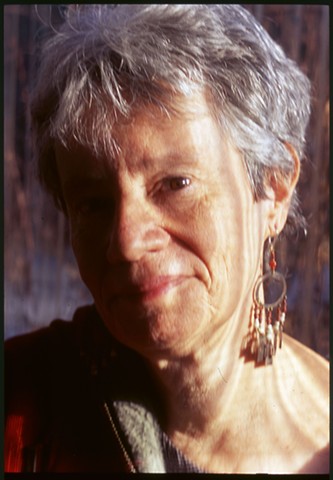 Amey Miller is an artist and writer based in Chapel Hill, NC. A dedicated experimentalist with wide-ranging interests, she is at turns a folk-academic, a maker of collages, miscellanies and scrapbooks, a fiction writer and assemblage artist. Miller's central practice is of reading, and the process of transforming that reading into something else, while leaving fragmentary traces of its sources. There is a key tie to the commonplace book tradition, and to traditional women's work such as fabric creation and basket-making.

Miller has published a story "News" in The American Literary Review (1997), a translation of Osip Mandelstam's "The Horseshoe Finder" in The Carolina Quarterly (1984), and an image + text excerpt in the online journal Blackbird (2007). In 2016, she and composer Christopher Preissing received a Chicago Artist Residency production grant at the Experimental Sound Studio, with funding from the National Endowment for the Arts. In December 2016, Preissing and Miller, with ESS engineer Alex Inglizian, presented an interactive text–soundscape at ESS using MAX programming. Miller's text for that event was part of her ongoing genealogically-based project In Search of Margaretta Black. Her novel Snakes is forthcoming this year from Dippermouth Press. It is the first volume in a projected four-part series, Songs of All Other Birds. This project weaves together two different narrative voices, plus found material of many kinds.

Miller has been the grateful recipient of residencies at Cummington Community of the Arts, the Weymouth Center, the Virginia Center for the Creative Arts, Vermont Studio Center, the Ragdale Foundation, Byrdcliffe Artists’ Colony, Hambidge Center for the Creative Arts, and the MacDowell Colony. She holds an MFA in Fiction from Warren Wilson College (1996), an MA in Slavic Linguistics from the University of North Carolina at Chapel Hill (1979), and a BA in American and Russian History from the University of Chicago (1970).