PROJECTS > Songs of All Other Birds

Songs of All Other Birds is a four-part series, the first volume of which, Snakes, was released June 11, 2020. It is available for purchase through the Shop button on this website. It is also available on Amazon and at McIntyre's Books in Fearrington Village, NC, and it will soon be available at The Regulator Bookshop in Durham.

The project is series of linked experimental novels which combine text, image and design elements. The series has two narrators, signalled by different fonts and layout. Hanna Zielinski tells a more straight-forward fictional story, of a woman in an unhappy marriage who is unfaithful to her husband while working as a Russian translator at a Soviet-American joint-venture conference. The other narration is from an unnamed framing story-teller "N.,"who is both a neighbor to Hanna and oddly omniscient, and who deploys other texts, images and quotes in her efforts to untangle both her own and Hanna’s story. She includes pages from a diary she kept as a child, and from a journal she is keeping in the present, in which her husband Alan and daughter Elizabeth figure prominently. N. is a graduate student whose dissertation is eluding her.

The juxtapositions of disparate material, along with the patterns and linkages produced by both narrators' experiences and preoccupations, attempt to represent the contradictory emotions and full experience of the protagonists as they slip and slide through their lives. One of the project's conceits is that any material that is translated into English is given in its original language as well, adding to the interest and complexity of the pages. The novel is a different vehicle than N's failed dissertation, but is relatedly interested in a critical/philosophical/artistic quest to find a way through the dark woods and thickets of mid-life.

The working titles of the three other series volumes are Traverse (volume 2), Seaweed (volume 3) and the Appendix (volume 4), Cabinet of Curiosities.

Note: this project was originally titled Chicago: a commonplace novel, and an except from an earlier version was published in the online journal Blackbird in 2007. 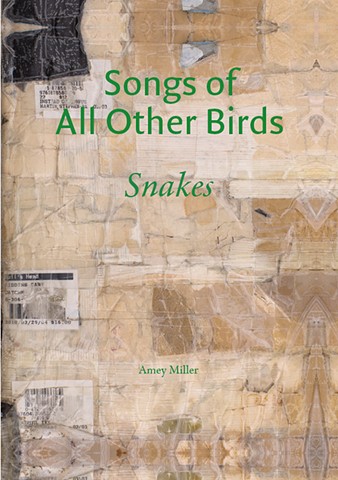 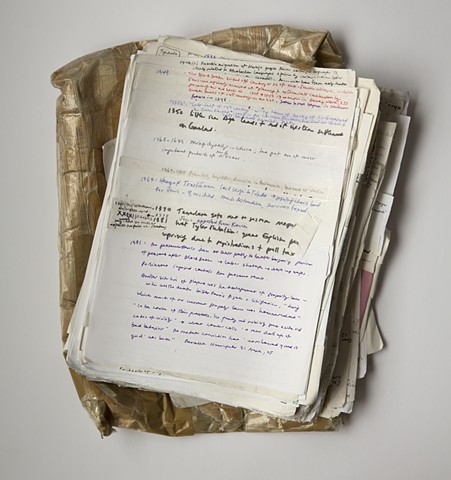